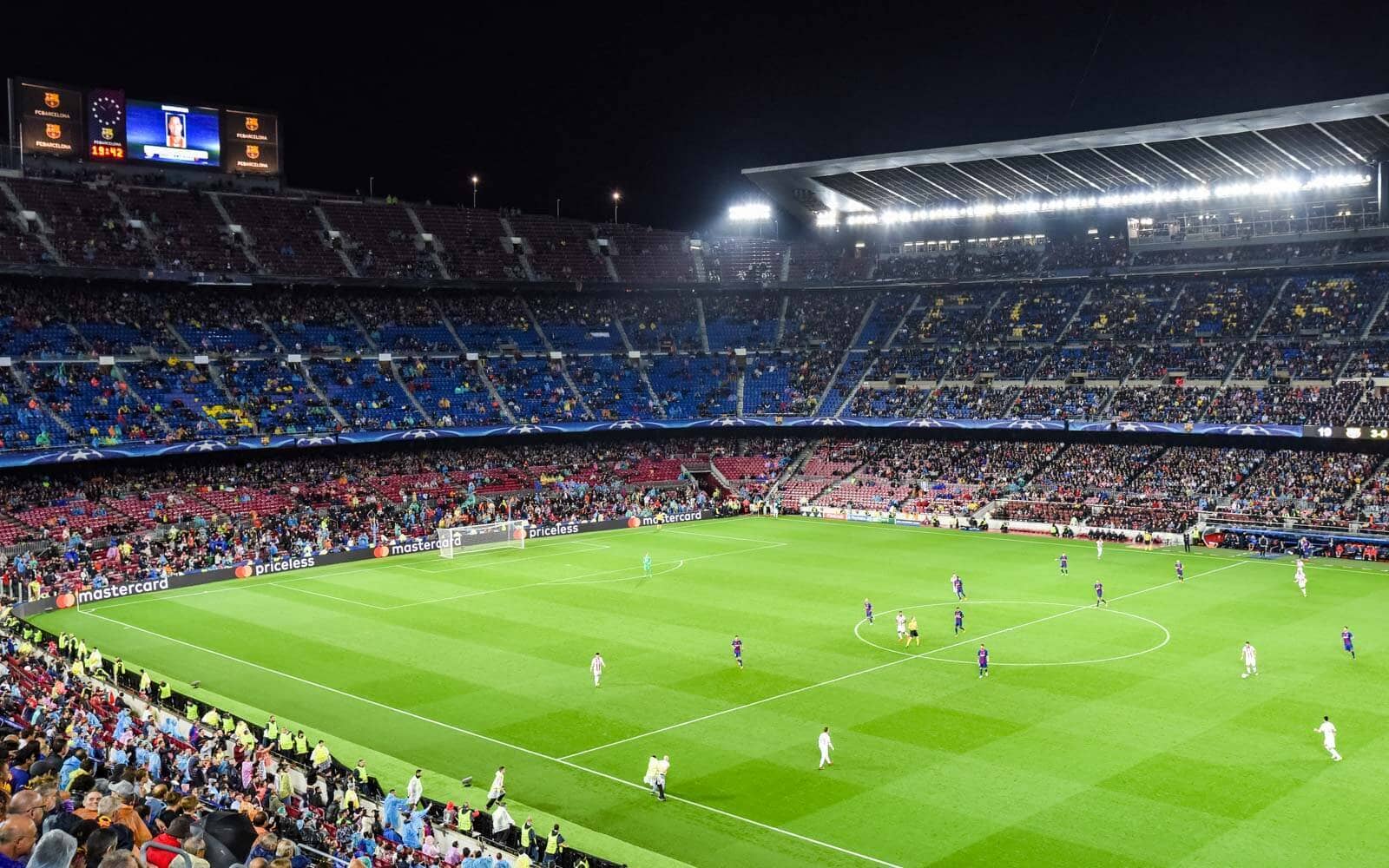 Seeing a Barcelona FC game means seeing the best club in the world.

The spectacle from Messi to the stadium itself isn’t just a dream come true for football fans but a great way to get in touch with Catalan culture.

But to do this you’ve gotta get FC Barcelona tickets first.

Let’s discover all there is to know about how to attend the games, the team’s schedule, and a whole lot of information about Barcelona’s famous stadium Camp Nou.

Contrary to popular belief the word ‘Barça’ does not refer to the city itself.

This is the nickname used to describe Barcelona FC.

Barça is the most decorated team of the 21st century and in total counts: 24 Liga championships, 28 Copa del Rey, and 5 Champions League trophies.

Add it all up and we’re talking about one of the most known and loved teams not only in Catalonia but around the world. And one of Barcelona’s top attractions.

The club’s motto is més que un club – “more than a club”.

You’ll feel this immediately as football in the city is really not only a game but a religion, where the Barcelona faithful cheer on Saint Messi and co as they take on the world.

If you want to get on the good side of a local talking about the potency of this team and its long list of stars like Messi, Suarez, and Iniesta is a great way to start.

Sports fan? No Barcelona itinerary is complete without it.

Where to Buy Barcelona FC Tickets

My suggestion is buying tickets in advance through Ticketbar.

Not only is it an official ticket resale outlet but it gives you the added convenience of not printing tickets or paying exorbitant prices. 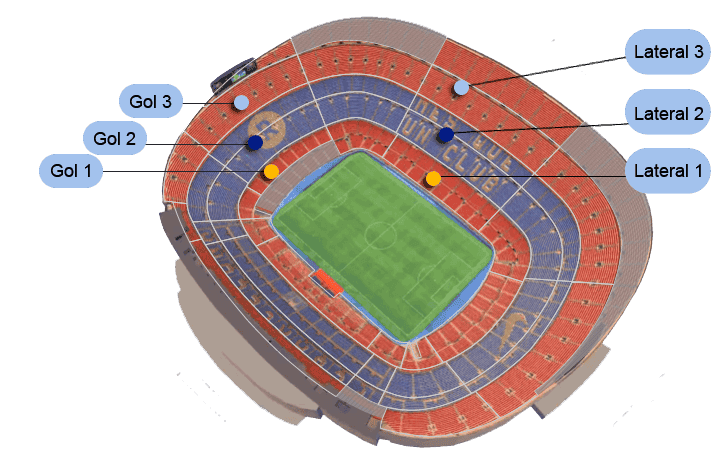 Barcelona ticket prices range from about €10.00 for low end Copa del Rey games to up into the thousands for things like El Clasico (against Real Madrid).

FYI: minors 14 and up are able to attend alone however younger visitors must be accompanied by a parent or guardian.

If there is no ticket availability here you can look for alternative agents like the following:

Things to Know Before Buying

It’s time to kick off another season at Barcelona FC!

Here are some of the upcoming matches that you won’t want to miss.

Football/soccer lovers will be happy that the sport comes back with a vengeance in August in Barcelona.

The first of Barça’s most important matches of the season is in honour of its founder and former president Hans Gamper. The match involves an invited team from anywhere in the world and the 2019 Gamper Cup guest is the legendary English club Arsenal on August 4th at 8:00 pm.

You may also want to take a tour of Camp Nou stadium to see some of the best sports memorabilia around including Champions League trophies, Messi’s Golden Boots and more.

How to Get to Camp Nou

You can also reach the grounds with a 20 minute walk from Sants Estacio.

In my article dedicated to Camp Nou I go into a bit more detail on how to arrive, some great restaurants in the area, and some things to do for non football fans.

How do we get back to our hotel after the game?

This is one of the most common questions I get asked.

Depending on where you are and how quickly you want to beat the crowd there are a few options:

At Camp Nou stadium there are 5 separate ticket window areas located in the following sections: 7, 9, 14, Gol Nord, and Gol Sud.

Here are the hours for each:

When any football fan touches down at Camp Nou stadium they’re headed for goose bump territory.

The gigantic 48 meter high, 55 thousand square meter stadium has a capacity of 99,354 which makes it the biggest stadium in Europe!

Since it’s so massive it’s imperative that you find a great spot as sometimes sight-lines can be substandard or even warranting binoculars.

Naturally your position will depend some on your budget, however in general I can say that pretty much anywhere on the second level will offer you a great chance to see Messi and Co get to work.

If you’ve got enough money for level one you’ll see the action up close but keep in mind you won’t have a great view of the entire field.

Kick Off in the Comments Below

Again, whether you’re right up front or up in the nosebleeds for most football fans it will barely even matter.

Seeing some of football’s greatest players in one of the world’s great stadiums will provide memories of a lifetime.

If you have any questions about FC Barcelona tickets or anything else related to your Barcelona holiday make sure you get in touch with me below for some custom feedback!

In the meantime start warming up your chants: “Barça! Barça! Barçaaaa!”.